The 2022 French Presidential Election: towards a Reinvention of Democratic Processes?

“Like a thunderclap”. Fifteen years after Lionel Jospin uttered these words, shaken by his defeat in the first round of the 2002 presidential election, they regained their relevance in 2017, when the Socialist Party was almost erased from the map of French politics. Its candidate Benoit Hamon, totaled only 6.35% of the votes cast in the first round, after a selection process of « open primaries » to all citizens.

Emmanuel Macron’s 2017 victory has most often been attributed to a very controlled political communication campaign, combined with the skillful exploitation of a deleterious political context. He was able to bypass the usually indispensable transmission belt: the political party[1]. By creating an ad hoc militant structure (“En Marche”), Emmanuel Macron had succeeded in turning the political spectrum upside down and winning the election. He was notably helped by the team which had contributed, five years earlier, to the victory of François Hollande, by mapping electoral France[2].

In the fall of 2021, the 2022 French presidential election seems to be placed under the paradoxical sign of certainty and confusion. Barring a huge surprise, Emmanuel Macron appears certain to avoid the fate of his predecessor. His term of office, though burdened by the pandemic linked to COVID-19, should not prevent him from representing himself with chances of a new victory. As for the diffuse atmosphere of confusion, it concerns rather political parties which do not seem to have recovered their capacity to fulfill their role. Six months before the electoral deadline, Anne Hidalgo, the socialist candidate, hardly appears able to put her party in working order again, and does not seem to care about truly building up a political program. Likewise, the Republicans are reduced to a sham of « primaries” with an electorate limited to those… who will have kindly paid 30 euros for party membership in time. Finally, « Rassemblement National », which one might have thought dedicated to the service of Marine le Pen, seems to curl up as and when her voting intentions indicated by the polls decline. To add to this confusion, journalist and polemist Eric Zemmour seems to achieve a theoretical breakthrough though an undeclared candidate without precise partisan affiliation. By a succession of calculated provocations, he is surfing in the media agitation of the news television channels and social networks.

As a result, the mechanisms of political communication that accompany electoral processes, pillars of democracy, raise many questions. Shouldn’t we get around this belief in the reliability of public opinion polls, which has been questioned for a long time, and even now leads to candidates withdrawal (François Hollande in 2017) or to the precipitous manufacturing of others?[3] What role to assign to political parties, especially during an election period? Should they be reinvented in order to resume their mediating function, essential in a society that social networks seem to fragment more and more, the new « hybrid media system » exposed by Andrew Chadwick even putting the cohesion of some countries at stake, like the United States or the United Kingdom?[4] And how, precisely, to take advantage of the rise of social networks other than by promoting candidates serving only their person or ideas? Aren’t we at the antipodes of our democracies founding ideas, based on both sides of the Atlantic on principles inherited from an 18th century seeming more and more distant? How to overcome the ease of a generalized recourse to political marketing favoring more and more the personalization of campaigns, forgetting the political ideas, and putting off political programs for arguments based only on the audiovisual charisma of the personalities facing the electorate ?

The 2022 French presidential election seems to feed more than ever, beyond its intrinsic result, the problem of reinventing the democratic process, a reality that France seems to share with many other countries presumed to share the same principles, starting with the United States.

This conference will be an opportunity to make a first assessment of the various political communication campaigns that will have been implemented, all along the course of the 2022 presidential election, and to try to infer how to renovate the democratic processes.

Contributors will be expected to analyze the communication strategies mobilized and their vehicles, from posters to meetings, campaign clips to social networks and other devices invented by political marketing, examining their adequacy to the right realization of the essential process of our democracies, the consultation of the citizen, in France during the major vote, the presidential election.

The questions raised will be the subject of the international conference on comparative political communication to be held in Nice, on June 28 and 29, 2022, at the initiative of the Sic.Lab Méditerranée Research Laboratory of the Université Côte d’Azur (www.siclab.fr) with the help of the Center for Comparative Studies in Political and Public Communication (www.ceccopop.eu) and the support of the School of International Political Science of Fontainebleau/UPEC. This scientific event will bring together scholars and communication professionals at the « Centre Universitaire Méditerranéen », on the famed Promenade des Anglais.

This conference is organized by Philippe J. Maarek, member of Sic.Lab Méditerranée and Professor at the University of Paris Est Créteil (UPEC), director of CECCOPOP, former president of the Research Sections in Political Communication of IPSA and of IAMCR and by Nicolas Pelissier, Professor at the Université Côte d’Azur, Director of Sic.Lab Méditerranée (UPR 3820), and director of the « Communication and Civilization » book series at L’Harmattan.

The event will be bilingual, French-English. Colleagues wishing to present a paper are invited to send a request to participate before February 27, 2022 to the following email address: ceccopop@gmail.com.

Proposals should include an abstract of 250 to 500 words (one or two pages) and a CV of one page. They will be the subject of a double-blind evaluation by the Scientific Council members. 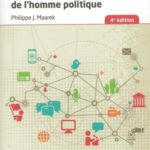 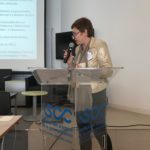 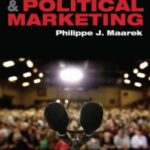 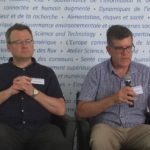 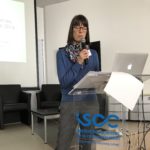 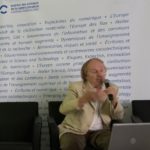 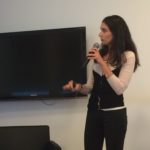